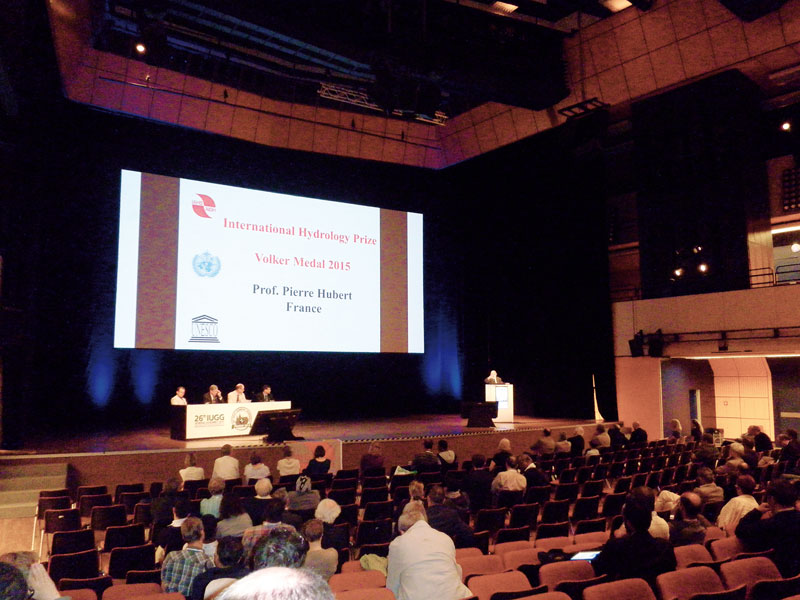 Hydrosphere is facing a global water crisis caused by uneven availability of fresh water in time and space, overuse of resources, environmental degradation and frequent occurrence of floods and droughts.

The Czech capital city had in the period between June 20 and July 2, 2015 the honor to host the 26th General Assembly of the International Union of geodetic and geophysical (International Union of Geodesy and Geophysics, IUGG), on which showed an interest in nearly 5,000 scientists from around the world.